A Guide to Understanding Types of Autism 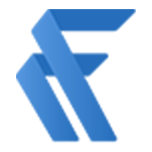 Added By Discover Camp Worth

There’s a lot of misinformation spread around about children living with autism. We’re providing this guide as a way of dispelling harmful myths surrounding the condition. People with autism still have the potential to live happy, fulfilling lives. The term “autism” covers a variety of related disorders with a core of common symptoms. Understanding the types of autism and its signs can lead to a better understanding of the care that may be beneficial to children who need help managing their autism spectrum disorder (ASD). If you or a loved one has a child that recently received an autism spectrum disorder, contact the experts at Camp Worth today.

What is Autism Spectrum Disorder?

Before 2013, professionals in the autism field referred to different types of autism based on the classification listed in the Diagnostic and Statistical Manual of Mental Disorders (DSM). Autism spectrum disorder is the term now used to cover the entire spectrum of autism-related disorders. However, many people still use these old terms in referring to types of autism.

However, the inconsistency in the classifications led to the fifth edition of the Diagnostic and Statistical Manual of Mental Disorders placing all autism-related development disorders into one category. Autism spectrum disorder should be the term that you use when you’re referring to individuals diagnosed with the condition.

Social Interactions That May Indicate an Autism Spectrum Disorder

Children with autism spectrum disorder have difficulty with social interactions and behaviors. They may display specific actions like:

Other Symptoms of Autism Spectrum Disorder

There are several different ways that types of autism manifest in children and adolescents. For instance, they may show symptoms such as:

There’s no consensus among professionals around the cause of autism spectrum disorder. There is speculation that genetics and various environmental factors play a role in the development of types of autism.

Helping a child learn how to live with autism spectrum disorder can be challenging for parents. Different types of autism manifest differently from one child to the next. Many children and adolescents end up acting out because of the frustration of living with their condition.

Camp Worth offers a safe and nurturing environment for kids and adolescents diagnosed with an autism spectrum disorder. We address their concerns as they work on learning the skills and techniques needed to navigate life with their condition. Some services offered at Camp Worth include:

Increased Anxiety and Stress in an Isolated World
July 16, 2022

How Your Child with Autism Can Qualify for Social Security Benefits
June 30, 2022

This site uses Akismet to reduce spam. Learn how your comment data is processed.

A Strong Image of
Yourself is Our Success